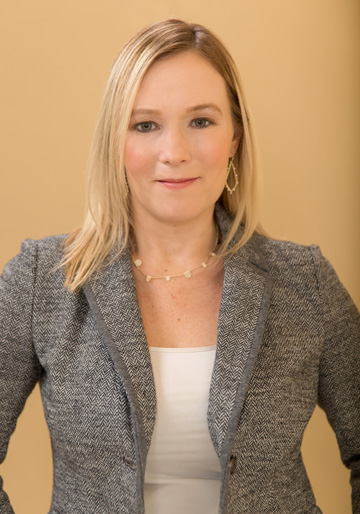 One of the most frequent symptoms reported to me by patients is feeling tired or rundown. Let’s face it – our lives are busy and many of us will occasionally experience days where we simply feel tired all-day long. Usually this is caused by poor sleep the night before, an intense workout the previous day, or even symptoms of a cold or flu. When this occurs taking a nap or getting good sleep the next night is often the cure. However, for some people feeling tired and rundown during waking hours is an everyday occurrence. While there are many potential causes of extreme daytime sleepiness including dietary deficiencies, depression, diabetes, anemia, or thyroid problems, chronic daytime fatigue can very likely be caused by a sleep disorder.

There are several different sleep disorders, all of which can cause long term cardiac and other health problems but I’m going to focus on one of the more common conditions that is prevalent in Eastern NC – which is sleep apnea. There is a common misconception that sleep apnea only affects overweight people and that if you “sleep throughout the night” then you can’t have sleep apnea – wrong!

Obstructive sleep apnea (OSA) is a condition that causes you to stop breathing for seconds at a time during the night, preventing you from getting restful sleep – and you are not aware that you stop breathing or that your sleep is interrupted.  Until recently, many healthcare providers and patients thought of sleep apnea as affecting older, overweight men. The top red flags were thought to be snoring and daytime fatigue.

Well, it turns out there was a lot we didn’t know. For starters, the condition—known to significantly increase your risk of high blood pressure, stroke, heart failure, atrial fibrillation, kidney failure diabetes, depression, and obesity—is much more common in young, healthy women than previously believed: Swedish researchers found that as many as half of ladies ages 20 to 70 have it to some degree. And many of these sufferers are otherwise healthy.  Could you be at risk?

Not Snoring Doesn’t Mean You’re Safe
Many women with the condition actually don’t snore often or at all. Even trim, athletic women who don’t snore, a narrow neck, large tongue, small mouth, and set-back jaw all indicate narrow airways, which are more prone to becoming blocked at night, especially if you sleep on your back.

You May Not Feel Tired
Daytime fatigue is one of the most common symptoms of the condition – however many of us women are used to be chronically sleep deprived from early adulthood – including during pregnancy being up all night with babies and small children, etc… –  that we don’t even know what a normal energy level feels like. Other telltale symptoms include weepiness or daytime depression, low arousal, weight gain and sugar cravings.

When you fall asleep, the muscles that stiffen the airway behind the tongue and soft palate relax. If the airway is normal in size, this poses no problems. However, if the airway is small (excess weight is the most common culprit, and genetics is the other), it can narrow or close shut as you breathe in. This may lower the level of oxygen in your blood. Your brain senses this inability to breathe and briefly rouses you from sleep so that you can reopen your airway. This awakening is usually so brief that you don’t remember it.

You may make a snorting, choking or gasping sound. This pattern can repeat itself five to 30 times or more each hour, all night long. These disruptions impair your ability to reach the desired deep, restful phases of sleep, and you’ll probably feel sleepy during your waking hours.

People with obstructive sleep apnea may not be aware that their sleep was interrupted. In fact, some people with this type of sleep apnea think they sleep well all night.

When our vital organs (brain, heart, kidneys) do not get enough oxygen for hours at a time, night after night – the long-term results are bad. There is so much resistance among patients to being tested for sleep apnea due to the stigma of the disorder as being only in overweight people, not wanting to wear a mask at night, etc… I get it. But I would rather know that I have a condition and then make the necessary lifestyle changes whether that entails weight loss, wearing a mandibular device (mouthpiece) or using a cpap machine.  And I’ve heard all the excuses – but there are over 2000 different masks on the market and they are covered by insurance – so there is a mask for everyone.  As of 2018, home sleep studies are now being covered by most of insurance carriers – so most people don’t have to go to a sleep lab.  There is a simple screening questionnaire called STOP-BANG – that takes less than a minute to complete – please be proactive. Finding and treating this disorder early can literally save your life – as well as help prevent chronic disease and improve your quality of life.

lable to you. And remember to Love Your Heart!

Our office is open Monday through Friday, from 8:30am to 5pm.
•We know your time is valuable, but sometimes emergencies can cause delays. If we know your appointment will be affected, we will try to notify you.

•If for any reason you can not keep your appointment, please give us 24 hours notice.

•Be certain to bring any medications you are currently taking. This will allow us to accurately record your drugs and dosage.

•Insurance coverage needs to be noted, so please bring any insurance, Medicare or identification cards. Our staff will be happy to answer any questions you may have prior to your doctor visit.